Trending Now
The new coronavirus: What we do — and...
Think hard before shaming children – Harvard Health...
The hype on hyaluronic acid – Harvard Health...
What can you do to reduce the risk...
Is your cell phone dangerous to your health?...
LDL cholesterol: How low can you (safely) go?...
Menopause and insomnia: Could a low-GI diet help?...
Diabetic retinopathy: Understanding diabetes-related eye disease and vision...
Coming clean: Your anesthesiologist needs to know about...
What to do when your child swears –...
Uncategorized 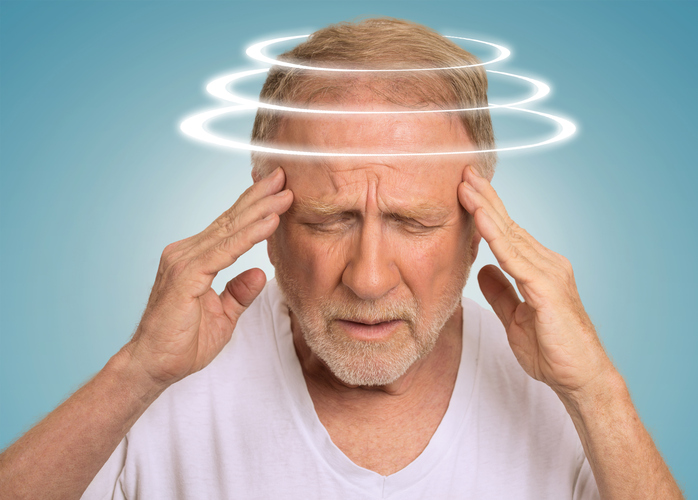 Nearly 15% of the world’s population has migraine, a condition in which moderate-to-severe headache is associated with neurological abnormalities such as visual dysfunction, sensitivity to light, disordered speech, nausea, vomiting, or dizziness. While we now have many options to treat the head pain associated with migraine, we are often helpless in treating these other associated neurological symptoms.

One of the most bothersome neurological symptoms patients report is vertigo or dizziness-associated with migraine, a condition we call vestibular migraine, and in which patients feel as though they, or the environment around them, is spinning. At present, we have no adequate treatment for vestibular migraine.

What is vestibular migraine?

Vestibular migraine is often diagnosed when vertigo occurs during a migraine headache, or shortly before or after one. It remains unclear precisely what causes vestibular migraine, but one hypothesis is that neural connections between the sensory systems, which process head pain, and the vestibular systems, which establish a sense of spatial awareness and balance, could communicate during a migraine attack.

Treatment options for vestibular migraine are extremely limited, so current treatment is focused primarily on reducing the frequency of migraine attacks.

Emerging research suggests that a new application of an existing treatment may hold some promise. The treatment, called noninvasive VNS (nVNS), involves placing a small handheld device over your neck to deliver a short electrical pulse to activate your vagus nerve. The vagus nerve is a long nerve that descends from your brainstem through your neck and regulates all organs in your body including your heart rate, gut motility, and mood. Electrical stimulation of the vagus nerve is used to treat both epilepsy and depression. And there is evidence that nVNS may effectively treat migraine headache, as well as vertigo not associated with migraine.

A recent study published in the journal Neurology tested whether nVNS could be used to treat vertigo symptoms in migraine patients. The study found that 13 of 14 migraine patients who used nVNS reported significant improvement in the vestibular symptoms occurring during a migraine attack. The only side effect noted with this treatment was a slight tugging sensation on the neck during the electrical pulse. These results are consistent with multiple prior studies demonstrating that nVNS is safe.

It is important to note that a control group was not included in this study, so it is unclear to what extent vestibular improvement was due to nVNS itself, or to a combination of nVNS and a placebo effect. Nevertheless, this study provides exciting early data that nVNS may be an effective treatment for vestibular symptoms associated with migraine, and should prompt larger controlled trials in the future.

Where we are now

Because there are few treatment options available for vestibular symptoms associated with migraine, there is great excitement about the possibility of using nVNS to treat these symptoms in a safe, noninvasive way. More research is needed before nVNS can be recommended as an effective treatment for vestibular migraine, but its promising results and absence of worrisome side effects offer new hope to migraine patients.

The new coronavirus: What we do — and...

What can you do to reduce the risk...

Is your cell phone dangerous to your health?...

LDL cholesterol: How low can you (safely) go?...

Menopause and insomnia: Could a low-GI diet help?...

Coming clean: Your anesthesiologist needs to know about...

What to do when your child swears –...